As the mercury dropped to permanent below-zero status, we decided to seek warmer climes for my final week in France for 2016. The “pic de pollution” hanging over Annecy provided some added incentive to head out of the basin and into some clearer, fresher, and hopefully warmer air. Luckily France has mountains across the country and after a short drive south, we found ourselves with clear, sunny skies and views of Mont Ventoux. 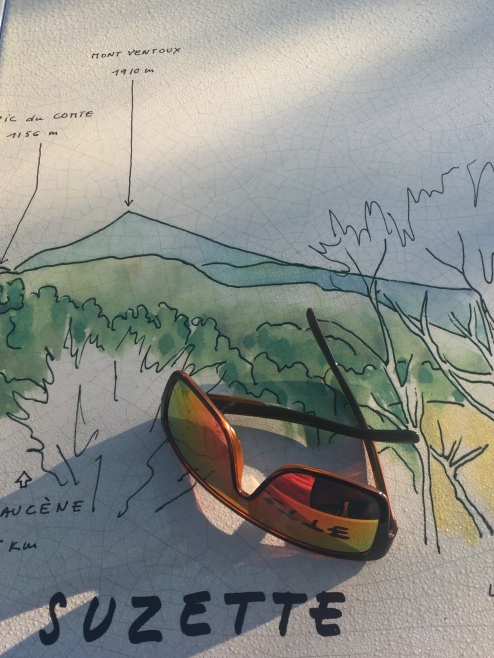 We headed out from Beaumes de Venise  with clear skies and warm (ish – 9C) weather for a tour of the Dentelles de Montmirail. The  rocky outcrop just west of Mont Ventoux is flanked by world-class vineyards and medieval Provençal villages, making for the perfect winter exploration. We were virtually alone as we wound our way up the the gentle Col de Suzette for our first real view of the mythic peak.

The summit of Ventoux was still shrouded in clouds and 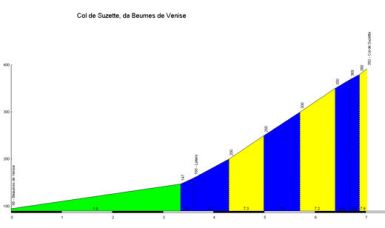 I was starting to feel overdressed in my Alps winter gear but there’s no complaining about good weather. Sweating is good practice for Australia, I figured. Also, this was the only real climb of the day, with the rest of the ride a gentle rolling ride through the countryside. From Suzette, it was an easy descent into Malaucène. Given the number of flash bike shops and cafés, I can only imagine it’s hopping in the season. 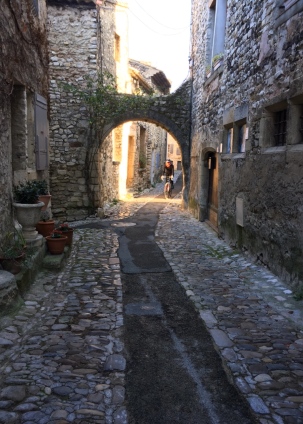 After a quick coffee – because winter riding is all about coffee stops – we headed off to continue the little circuit, winding through quiet country roads, vineyards and rocky mediterranean valleys on either side.

We meandered along to Vaison-la-Romaine and decided to explore the medieval village. Now this is cycling touring at its best. I admit, we often spend so much time worrying about power, Strava segments, average speed, or whatever your poison (we all have one) that it can be difficult to justify the time to simply ramble around the village. Instead, we followed cobblestone alleys around the village, weaving past the occasional tourist along the narrow pathways. 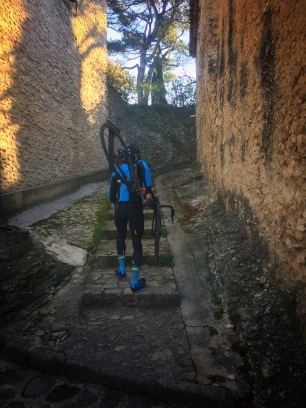 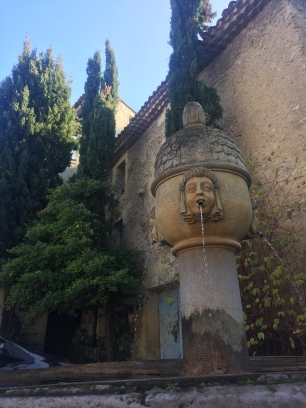 From there, it was an easy rolling route back to Beaumes de Venise, via Seguret and Vacqueyras – serious wine country. Some have called Vacqueryas the ‘poor man’s Châteauneuf-du-Pape’ but there are plenty of smaller areas to explore in these dry valleys known for producing the popular Côtes du Rhône. As we rounded the return side of the loop, we enjoyed views back towards the Dentelles, Mont Ventoux looming above. 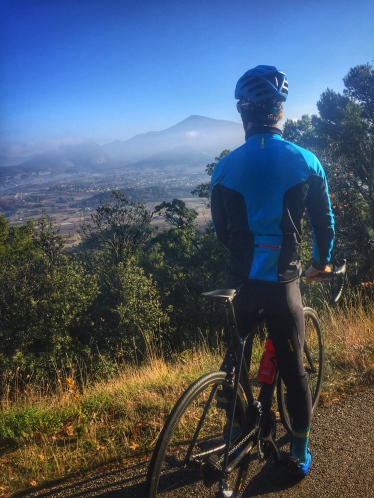 Day 2: Mont Ventoux … (or not) and the Gorge de la Nesque

Today was colder. Perhaps not winter Alps cold but still 0C as we pulled into Bedoin, at the base of Mont Ventoux. The col would be at least 10 degrees colder on top, plus wind chill. Plus it was closed, at least officially. We decided to climb as far as Chalet Reynard, about halfway up the climb and about 3km short of the official road closure.

Unfortunately, despite my best efforts, a persistent hacking cough had me turning around just a few km up from the base. It was steep, cold, and unwise to continue climbing. I reluctantly headed down, determined to come back to take care of unfinished business… A quick hot chocolate and I was ready to try something else – we had come all the way to Provence, after all. 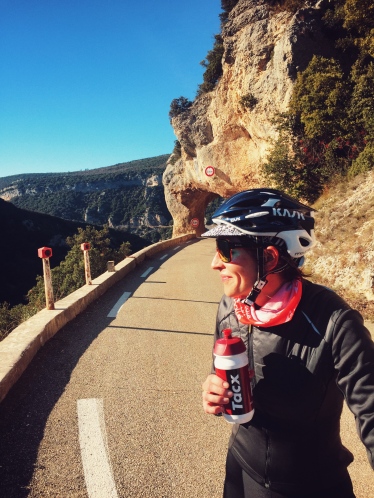 Instead, we headed over to the Gorges de la Nesque, a beautiful winding road that
reminded me a little of southern California. Dry, rocky, scrubby, with not a village or town in sight, and virtually no cars. Other than a single hunting party and a couple of lonely cyclists, we saw little other life on this stunning stretch of road.

In the end, we were unable to complete the full circuit via Monieux but climbed for around 17km up the gorge before heading back to Villes-sur-Auzon. A gorgeous route, and despite a little ice in the shade, definitely rideable in December. In fact, best enjoyed completely and utterly off season https://www.strava.com/activities/805399367

One thought on “Winter in Provence”